Another Chinese Mistress Is Stripped Naked 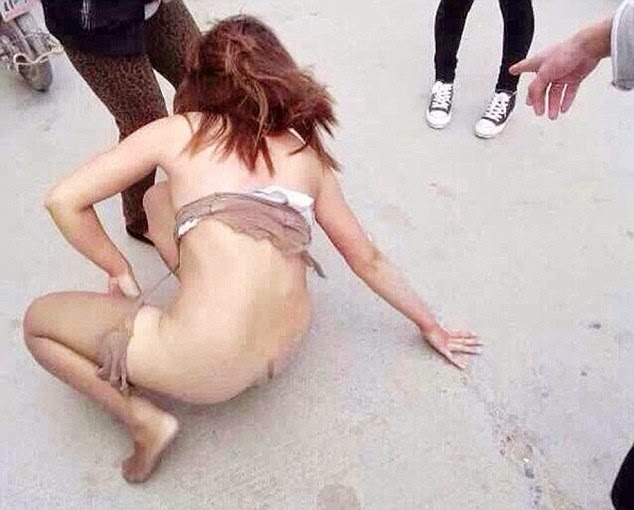 She was violently stripped naked and beaten senseless by a mob of women on a busy shopping street ... but the police never came.

Indeed, nobody intervened as Lin Yao Li, 38, was kicked in the groin and breasts as she writhed screaming in agony on the pavement.

The reason, onlookers said, was that it was an 'argument of the heart' - she didn't deserve help because had slept with another woman's husband.

It is only the latest in a number of similar incidents in which it seems there is placid acceptance in Chinese society of such humiliation, as long as the victim is seen as deserving in having caused a man to cheat on his partner. 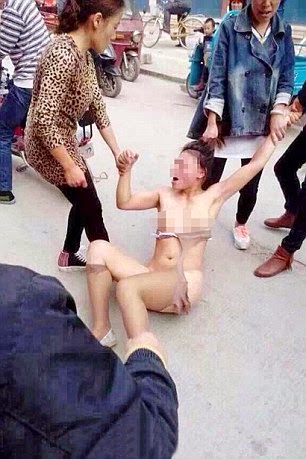 On this occasion, Li, 38, was ambushed by four women as she walked home from the shops in the city of Puyang in eastern China's Henan Province.

Punching and kicking her to the ground while she writhed in agony, her attackers then ripped her clothes off and continued the beating, pulling her hair and kicking her in the breasts and groin. 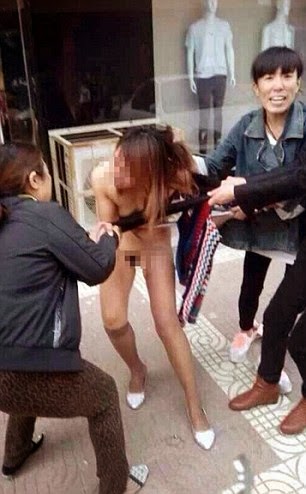 The sickening attack they said was carried out by the scorned wife of the man Lin is accused of sleeping with, and her three friends, and it was watched by passers-by who did not think it was their duty to help the defenceless woman.

Local man Jun Feng, 30, who helped the woman after spotting her lying on the ground after her attackers left told local TV: 'This type of thing is becoming quite normal. 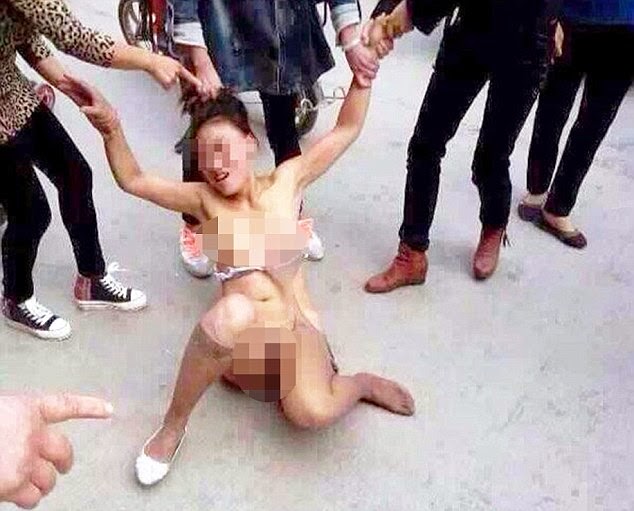 'Angry wives and girlfriends get their revenge on their cheating men by attacking the other woman.
'People don't tend to get involved because they see it as being an argument of the heart,' he said.

The woman was later taken to hospital where she was being treated for cuts, severe bruising and shock after begging someone to call an ambulance.

Last month a similar attack happened in Jinan city, in Eastern China's Shandong Province, when three women were videod wearing stilettos stripped and stamped on a women they accused of being a mistress and making the husband cheat.

Another attack was caught on camera in July in China's south-eastern city of Yulin, Guangxi province.

A police spokesman declined to comment, saying they had not received any complaint from any of those involved.