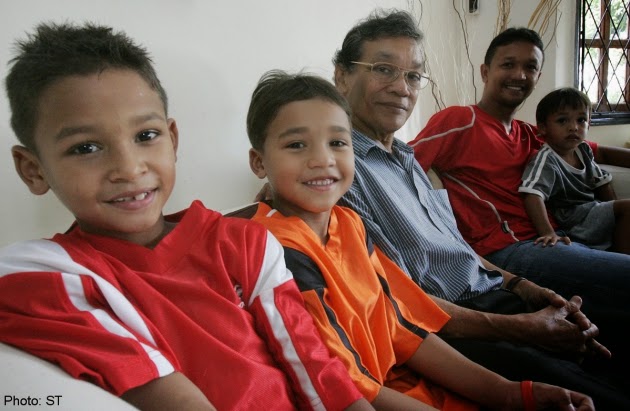 Ahmad, 79, had spent a month in the Intensive Care Unit of Tan Tock Seng Hospital for heart and lung problems.

"Our deepest sympathies are with Fandi's family and our thoughts and prayers are with them during this difficult period," the Football Association of Singapore wrote.

Former national captain and current LionsXII coach Fandi has often stated that his father is an inspirational figure to him. Having seen his father play in the 1960s, Fandi the schoolboy grew up imagining himself as a national player.

Ahmad was a fleet-footed left-winger before a knee injury relegated him to goalkeeper. He was even among Singapore's top five sprinters for the 100 yards in the 1960s, along with Kesavan Soon and the late Ernest Frida.