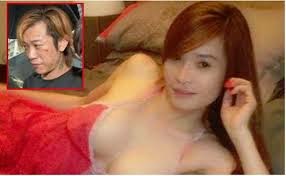 SINGAPORE - The Vietnamese woman who was found murdered at an Ang Mo Kio flat last Thursday was due to visit her family back in Vietnam soon, The Straits Times reported.

The dead woman's sister, Ana Dina, 20, who lives in Malaysia, revealed that Ms Tran Cam Ny, 32, had called her family just two days before her death.

"My mother didn't believe that she died. She said it cannot be, my sister didn't do anything wrong," said Ms Dina.

According to The New Paper, Ms Tran had expressed her desire to go home in about a month to see her parents, as her father was due to go for an operation.

Ms Tran was the fifth of eight siblings, The Straits Times said.

The New Paper also reported that Ms Tran had been married twice to Singaporean men and has a daughter aged about nine. Her first marriage ended in divorce, while the status of her second marriage was unknown.

A Singaporean man, later identified as Lim Hou Peng Jackson, 40, was arrested after being found with abrasions on his left cheek and forehead at the scene.

Lim was charged in court last Saturday with the murder, and was also remanded for psychiatric investigation.

If convicted, he could face the death penalty or life imprisonment, and is liable for caning.

The New Paper reported that it was not known when Lim and Ms Tran met, but he had started liking the Vietnamese woman's Facebook posts from December last year.

According to neighbours interviewed by Shin Min Daily News, it is understood that Lim was a pimp who frequents Geylang Lorong 21, and that he could be seen bringing home sexily dressed women of
"Vietnamese, Chinese, Thai and Myanmar" descent in the early hours of the morning to his flat.