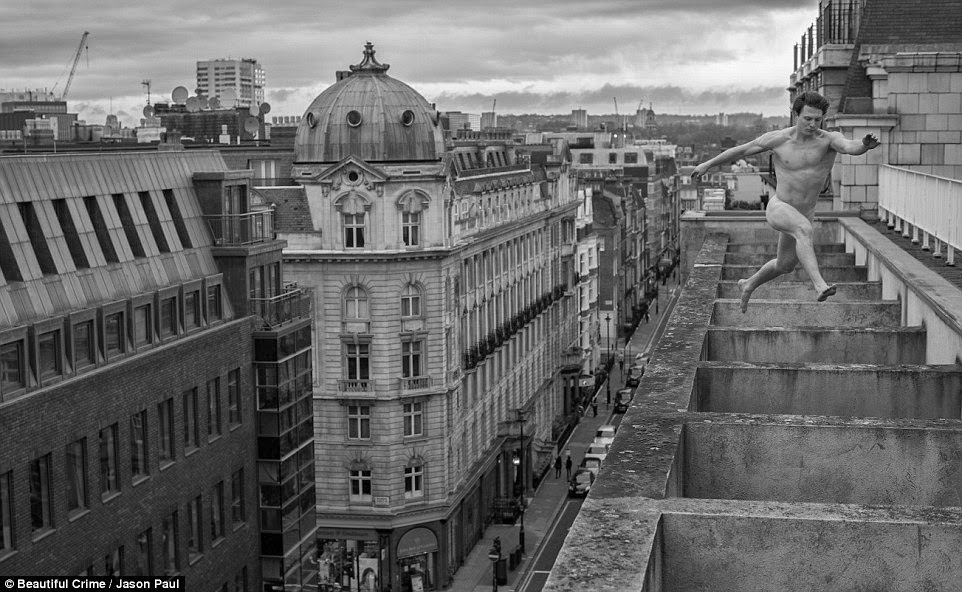 A parkour world champion gave 'free' running a new meaning as he clambered across central London's skyline with no clothes on for a photo shoot.

Naked Tim Shieff scaled buildings around Oxford Street and Bond Street, leaping across rooftops for the pictures which will be sold as prints to raise money for the Jamie Oliver Food Foundation charity.

Mr Shieff, a World Freerun Championship winner, bared all for the shoot which shows him leaping across buildings and dangling off bridges.

The parkour athlete came up with the idea after holding a similar shoot in Greece, the London Evening Standard reported.

'These shots would not have been possible for a normal photographer,' Mr Shieff, 26, said.

'Not only did he need to climb too, but he also understands body positioning and posture.

'It was dangerous at times. We couldn't get permission from a lot of the buildings, so while the reaction was great from people who spotted us, some security guards were not happy. 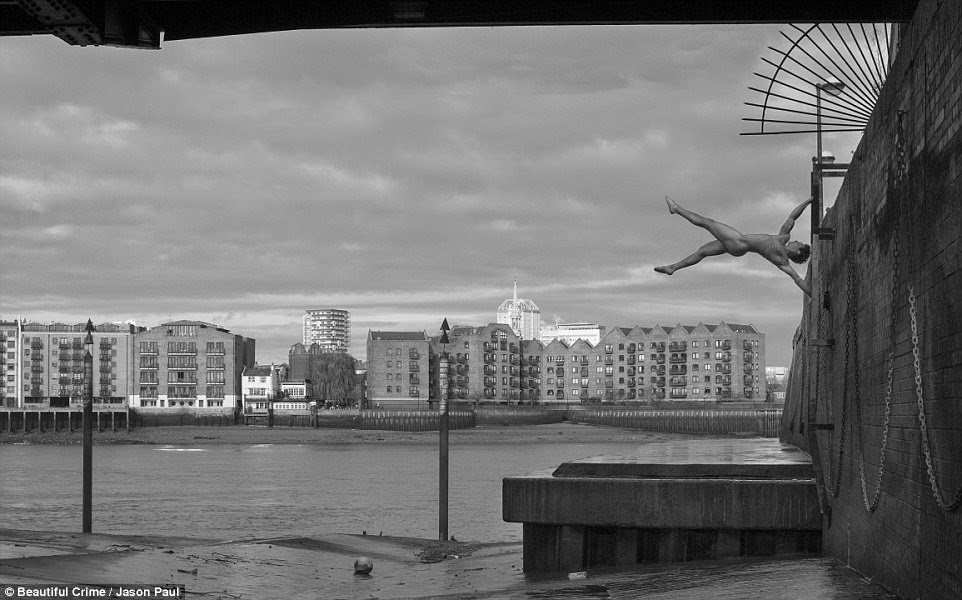 'There were moments when you learn you are stronger than you think. Many situations were life or death.'

The project aimed to compare the 'rigid and linear' structure of London's architecture with the 'curves' of the human form, Mr Paul said.

The 2009 world free running champion often appears in Jamie Oliver's YouTube channel Food Tube as he is a leading figure in the vegan and raw food movements.

Eight of the staggering images, costing between £100 and £600, can be bought as limited edition prints from www.beautifulcrime.com.

A proportion of the money will go towards the TV chef's charity for disadvantaged children.