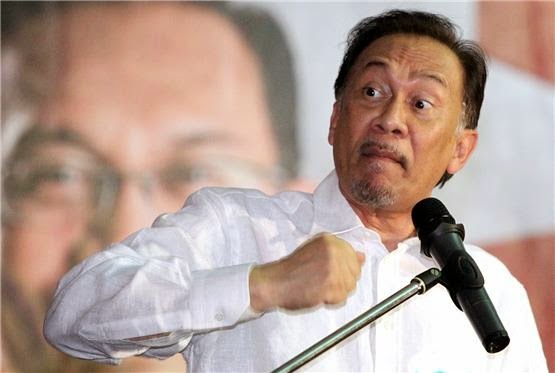 In a press statement, Sultan Sharafuddin’s private secretary Datuk Mohamad Munir Bani mentioned that this decision was due to Anwar's actions and behaviour since the end of 2013.

The decision was also made after consulting with the Council of the Royal Court last month.

Munir also added that the opposition leader often questioned the Selangor Sultan’s authority and power in resolving the Selangor Menteri Besar's issue and also other issues involving the religion of Islam.

A statement in Selangor Gazette published November 20th reads that  "In exercise of the powers conferred by Article XXXIX of the Laws of the Constitution of Selangor, 1959, His Royal Highness the Sultan of Selangor, after consultation with the Dewan di-Raja, has assented that the title of Seri Sultan Salahuddin Abdul Aziz Shah which was conferred upon Anwar Ibrahim of No. 11, Jalan 3/61 Bukit Segambut, 51200 Kuala Lumpur be withdrawn with effect from 3 November 2014".