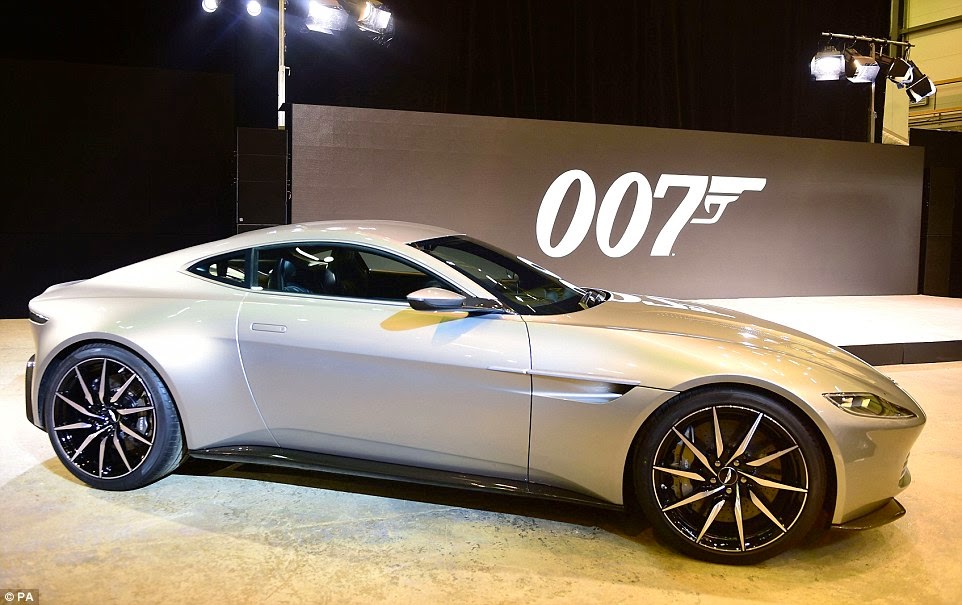 James Bond is known for blowing up, crashing or otherwise destroying the cars Q branch spend years carefully engineering for him.

But 007 will have to take care of his new Aston Martin - as the British sportscar brand has only built 10 of a new model designed exclusively for his latest film,Spectre.

The car, called the DB10, was unveiled this morning at the launch party of the movie, which will be Daniel Craig's fourth as the legendary spy.

The manufacturer is being as tight-lipped as MI5 about the specifications of the car, which will not go on sale and will only be driven by Bond. They say the vehicle is a 'nod to future designs' and they are keeping the machine as far away as possible from rival firms who they fear may try to copy its sleek design.

Film producers and crew have also yet to reveal what gadgets the car will have, following the famous ejector seats, rocket launchers and even built-in defibrillators of previous models.

Aston Martin say they worked closely with Bond director Sam Mendes to create 'the ultimate car for the world's most famous spy'. 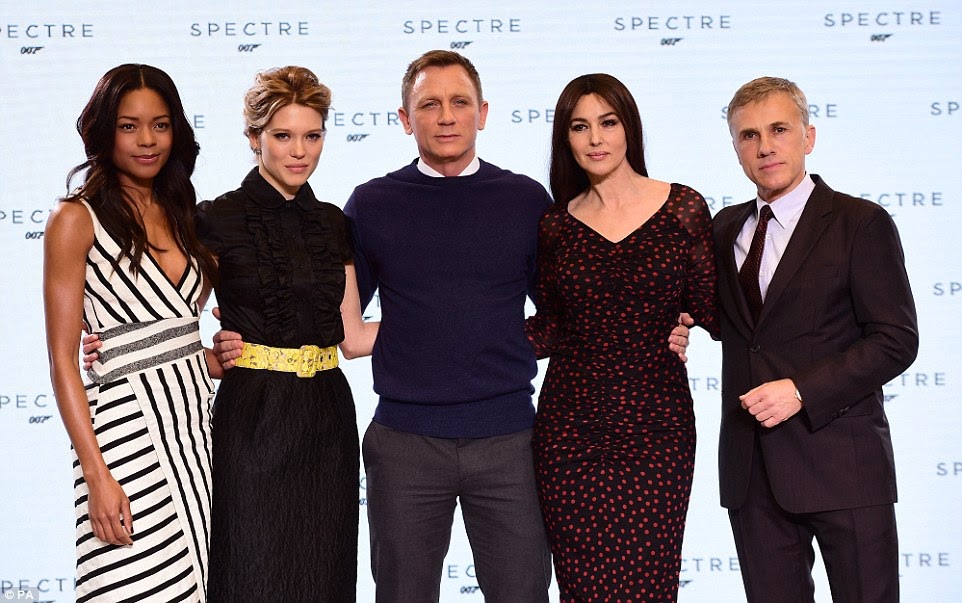 It is the 50th anniversary of Bond's use of an Aston Martin, which started in the film Goldfinger when Sean Connery drove the iconic DB5.

The firm's CEO Dr Andy Palmer said: 'In the same year that we celebrate our 50-year relationship with 007, it seems doubly fitting that today we unveiled this wonderful new sports car created especially for James Bond.

'It is great news for this company and for everyone around the world that loves to see Bond at the wheel of an Aston Martin. I'm incredibly proud of everyone in the team at Gaydon who have brought this special project from concept to reality.'

Bond drove Aston Martins in the 1960s, with Connery the first to get behind the wheel of one of the sportscars, followed by George Lazenby, who used a DBS in On Her Majesty's Secret Service, in which the car featured in the famous final scene where Bond's newly-married wife, the Countess Tracy di Vicenzo played by Diana Rigg, is shot through the windscreen.

Aston Martins were then reprised in the late 1980s, when Timothy Dalton drove a V8 Vantage Volante in the film, The Living Daylights.