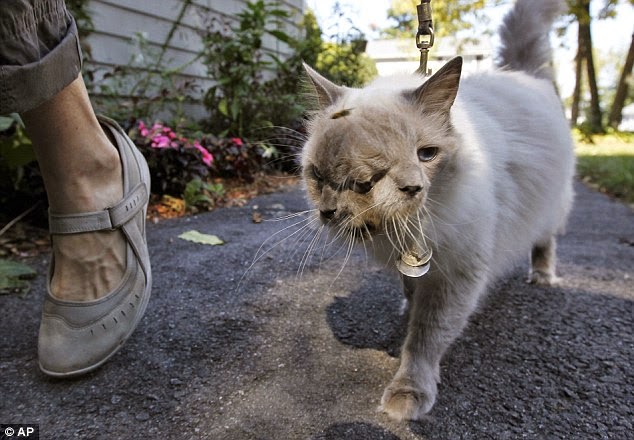 This cat had two faces - but only nine lives.

A feline named Frank and Louie after he was born with two faces, two mouths, two noses and three blue eyes has died at the age of 15.

The Telegram of Worcester reports that 'Frankenlouie' died Thursday at the Cummings School of Veterinary Medicine at Tufts University in North Grafton.

The cat's owner, Marty Stevens, said veterinarians believe the cause of death was cancer.

The cat's owner, Marty Stevens, said veterinarians believe the cause of death was cancer. 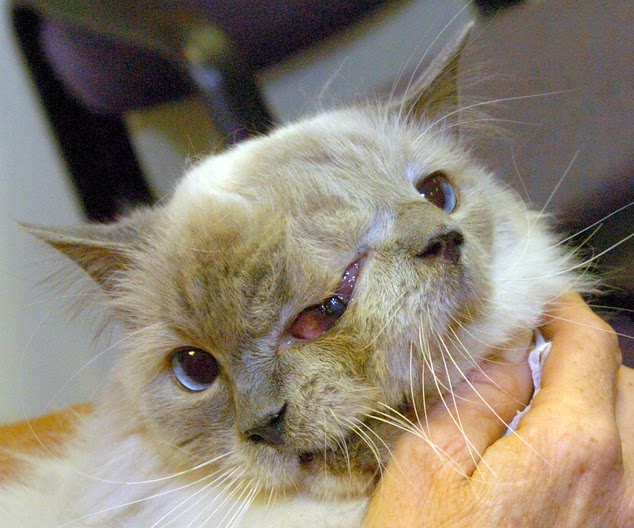 Frank and Louie made it into the 2012 edition of Guinness World Records as the longest-surviving member of a group known as Janus cats, named for a Roman god with two faces.

Janus cats almost never survive, and most have congenital defects.

They usually only live a few days.

A breeder brought the rare feline to Stevens, a vet nurse, to be euthanized in September of 1999.