Home » Dunia » I Have Failed As A Mother

I Have Failed As A Mother 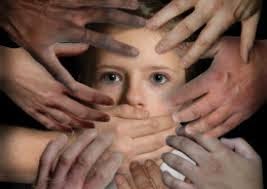 As she watched her 13-year-old daughter having sex in a video, the mother blamed herself more than the girl.

She said that her first thought was to tell herself not to be angry with her daughter, who is now 15.

"I feel guilty because it's my fault for giving her a broken family," said Cindy (not her real name), who is divorced.

The mother and daughter cannot be identified as the girl could be the victim of a sexual offence.

Cindy, a real estate agent, added: "A broken family was not her choice. It's my fault, my mistake, for even allowing her to have a boyfriend at that time."

She had told the couple to avoid body contact, and the boy, then 16, had promised her that it would be a simple relationship.

"I allowed him, I welcomed him into my home. It was naive of me. I have failed as a mother."

Cindy said she found out about the three-minute video when she saw screenshots from it after her daughter's school contacted her about it last year.

But the impact of what her daughter did hit her only when she watched the video this year after a friend, who had recognised her daughter, sent her a link.

Asked why she had watched the video, she said: "I wanted to figure out when the video was taken, and where.

"From the curtains (in the video), I could tell it was in my home when she was in Secondary One."

The video was first uploaded to social media sites in the middle of last year and was taken down after her daughter's school found out about it. Cindy reported the video to the police, who are investigating her daughter's ex-boyfriend as she was a minor at the time.

The video and screenshots from it recently resurfaced on social media and pornographic sites.

Cindy believes that some students in her daughter's school are allegedly behind the video resurfacing. She has made a fresh police report about this but feels there is little else she can do.

The school principal said she could not comment on the case as it is under police investigation.