Home » Gaya Hidup » Trending » Is This The Most Outrageous Fashion Trend Ever?

Is This The Most Outrageous Fashion Trend Ever? 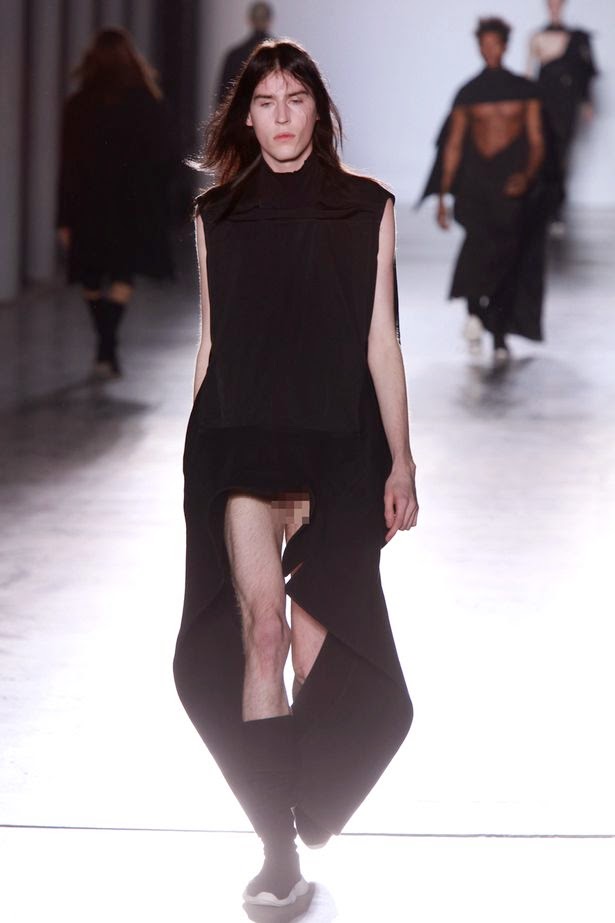 Fashion models have caused a bit of stir on the front row of a Paris catwalk by flashing their PENISES.

The unusual style was exposed by controversial designer Rick Owens as part of his Autumn/Winter 2015-2016 menswear collection.

Several of the models strutted their stuff on the Paris runway wearing dress-like outfits which had strategically cut-out fabric revealing a peep show of their 'crown jewels'.

But whether this fashion trend will be adopted by British men remains to be seen.

In a week where there has been lots of debate about sex and censorship, some ladies have labelled it 'gender equality' and have started tweeting with the hashtag: #freethepenis.

Susie Bubble, of Dazed magazine was at the show and told the publication: "I liked that you hardly noticed it. It wasn't nudity for the sake of nudity.

"I honestly didn't see until somebody pointed out the d**k flaps and the undie holes.
Artikel: Selasa, Januari 27, 2015