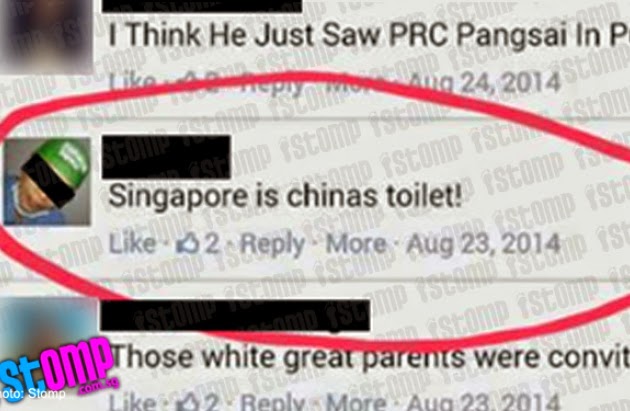 Tan Tock Seng Hospital (TTSH) has responded to feedback about one of its staff allegedly posting inflammatory comments on Facebook saying that the nurse has been placed on administrative duties, pending police investigations.

Yesterday, TTSH posted on its Facebook page that "the staff concerned is our one of our nurses. He has reported to the police that his Facebook account has been hacked. We are cooperating with the police on the investigation". This drew over 1,900 comments seeking more feedback on the matter.

Although he claimed that his Facebook account has been hacked, earlier insults made online by the Filipino nurse have been uncovered by a sharp-eyed netizen.

The nurse from TTSH is currently under fire for the inappropriate comments he made in a recent Facebook post which went viral on social media in Singapore.

In the Facebook post, he allegedly called Singaporeans "loosers" in their own country, and said that he wanted to "take their jobs, their women, their future, and soon [he will] evict all SG loosers out of their own country."

The man later claimed that his account was hacked and added that he lodged a police report.

Stomp contributor Ven, however, sent in screengrabs of comments the nurse made on on several occasions last year on Facebook that were also derogatory.

In one of the screenshots, the nurse had written: "Singapore is China's toilet!"

More inappropriate comments were also uncovered on his Facebook and Google Plus accounts, one of which said he "wished Singaporeans had died in hell with those [losers] who only know how to complain online..."