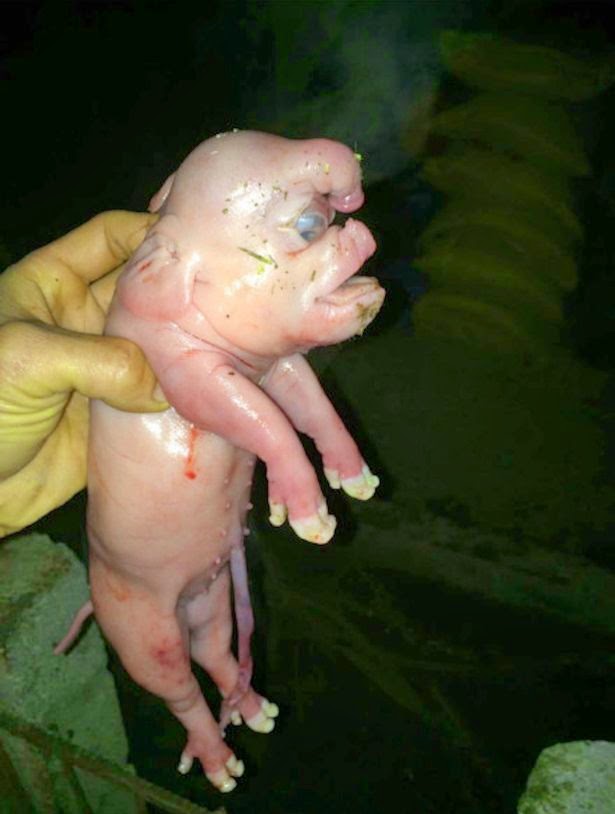 Pictures of the deformed piglet - which was one of the last to be born in a litter of 19 - went viral, attracting visitors and bids for the animal.

A farmer says he was inundated with cash offers for a pig born with a human face and a PENIS on its forehead after photos of the newborn 'mutant' went viral.

Friends and neighbours of Tao Lu rushed to his property in Yanan township in the city of Nanning, China, after news of the deformed pig spread.

One of the last to be born in a litter of 19, the little piglet was described by witnesses as having a human face and a penis on its forhead.

And when a local newspaper published pictures of the bizarre-looking animal, several people contacted Tao, offering to buy it. 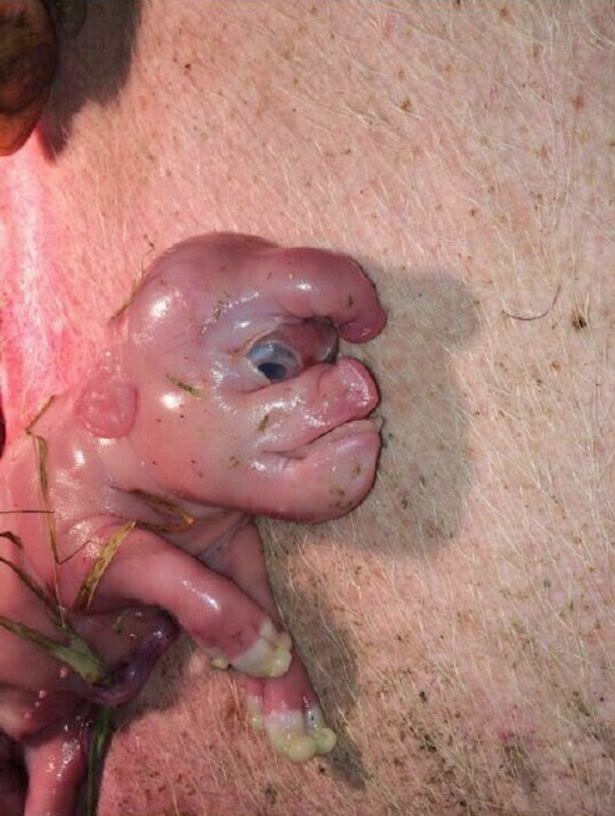 Sadly, the animal died after being rejected by its mother and refusing a bottle.

"All the others were normal, just this one was really bizarre.

"It is a shame it died, I could have got more money for it than for the rest of the family put together based on what people were offering me on the phone."

The farmer said he had intended to put the pig on display to attract visitors.

One person who saw the animal first hand, Wu Kung, 32, said: "I was one of a dozen people who went there to see the piglet, and it really did have human face and exactly like he said, a penis growing out of its forehead."
Artikel: Selasa, Februari 10, 2015