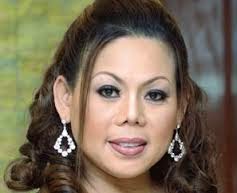 Death certificate will not be issued by National Registration Department to the family of Datuk Sosilawati Lawiya until the appeal is over.

Sosilawati’s children obtained leave from the High Court last November, to challenge the NRD’s decision not to issue the death certificate.

According to Senior Federal Counsel Maisarah Juhari, a report has been received from NRD and an affidavit will be filed to support their case.

Last July, NRD informed the family that registration of death could only be considered after the appeal against the High Court’s decision that Sosilawati was murdered is affirmed by the Court of Appeal.
Artikel: Selasa, Februari 10, 2015