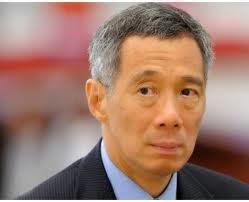 SINGAPORE  - Singapore Prime Minister Lee Hsien Loong has been diagnosed with prostate cancer and will undergo surgery to remove his prostate gland on Monday.

According to a statement in Lee’s Facebok page, Lee, 63, will be on medical leave for one week and during this period Deputy Prime Minister Teo Chee Hean will take lead on behalf.

Lee decided on the surgery option on the advice of a panel of doctors and is expected to recover fully.

The elder son of Singapore's founding father Lee Kuan Yew, Lee was previously diagnosed with lymphoma in 1992 but was successful cured after chemotherapy.
Artikel: Isnin, Februari 16, 2015