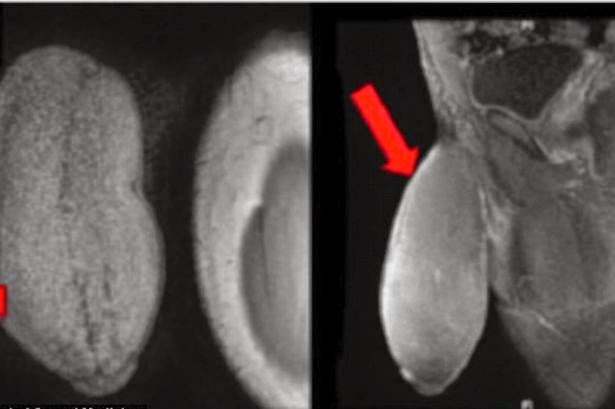 A teenager has undergone what surgeons claim is the world's first penis reduction surgery.

The 17-year-old's flaccid manhood measured seven inches in length but had a circumference of 10 inches - which is about the size of a grapefruit.

Before the life-changing operation, surgeons said it was shaped like a 'rugby ball' and restricted his ability to play sports or have sex.

Doctors in the US also said it was the first time they had heard a man ask "Can you make my penis smaller?"

Rafael Carrion, a urologist at the University of South Florida, told MailOnline: "There comes a time in every urologist's career that a patient makes a request so rare and impossible to comprehend that all training breaks down and leaves the physician speechless.

"That question was 'can you make my penis smaller?'"

GettyA teenager has had what surgeons say is the world’s first penis reduction surgery. The 17-year-old complained that he couldn’t have sex or play sports so requested that his penis be shortenedDifficult: Doctors joked it was shaped like a rugby ball

The teen told doctors he would spontaneously get erections because the shape of it restricted the natural blood flow.

He said he was unable to play any competitive sports, have sex and had difficulty wearing pants because of his 'large and heavy phallus'.

The shape of it meant it was easily visible underneath clothing.

Surgeons developed a new technique normally used to cut scar tissue from the penis by slicing alongside an old circumcision scar and cut out two segments of tissue from either side.

Dr Carrion said: "It was a bit like having two side tummy-tucks - that's how we explained it to him."

Thankfully the operation was a complete success and the teenager was 'ecstatic' with the results.

The study appeared in the Journal of Sexual Medicine and surgeons claimed it was the world's first.

Dr Carrion added: "It looks cosmetically appealing, and he said it was a life-changing event, he's all smiles."
Artikel: Jumaat, Februari 13, 2015