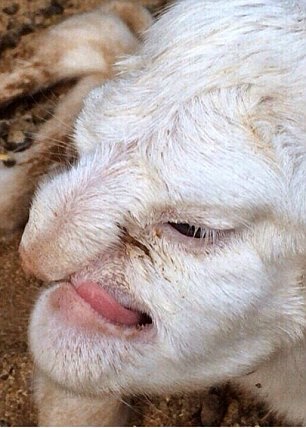 The lamb's head had the eyes, nose and mouth of a human and only the ears were those of a sheep.
After it was born, the lamb made a number of peculiar grunting noises as it was nuzzled by its more usual looking mother.

It was born in the village of Chirka, close to the Russian republic of Dagestan.

Sheep farmer Blasius Lavrentiev, 45, had been expectantly waiting all week for his prized ewe to give birth.

But he had a nasty shock when saw the human-like creature as he was hoping to sell the lambs.

He said: 'We had quite a tough winter but when I noticed she was pregnant I was delighted as it meant I would be able to sell the lambs and start making some money again. 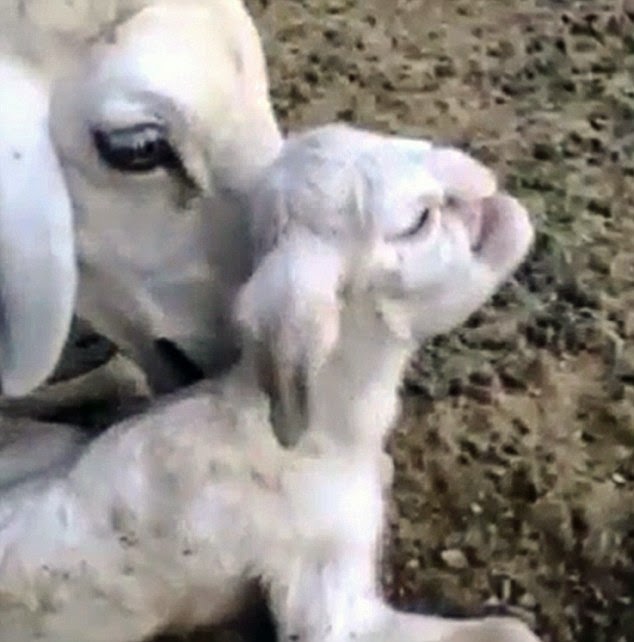 'But when I went down to see how it was going I nearly died.'

Last year, the Villalba family from Centro, north-western Argentinian province of Salta, were accused of bestiality when one of their goats gave birth to a calf with a 'human' head and the images were posted on social media.

The farming family were subjected to abuse and horrifying accusations by superstitious locals when the images went viral.

The family were bombarded with accusations that somebody among their number had been having sex with their goat and had to strongly refute the claims.