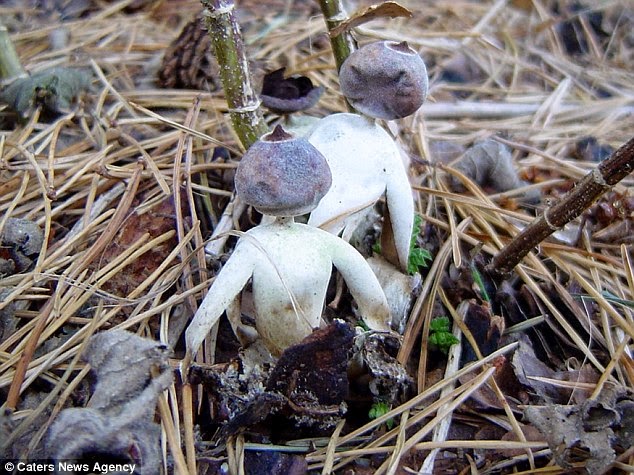 A new species of mushroom that looks like a man has been discovered by the side of a road.

The fungus, found in Cockley Cley, Norfolk, has fleshy off-shoots that appear to resemble human heads, arms and legs.

The discovery was made by Jonathan Revett and the mushroom has now been classified as a new species in the world.

They have been named as geastrum britannicum to reflect them being unique to the UK.

Mr Revett, 49, said: 'They do look like little mushroom men.

'It's really strange how their shape makes them look like they have a head and arms. That's what drew my attention to them.'