Home » Dunia » Fight To The Death

Fight To The Death 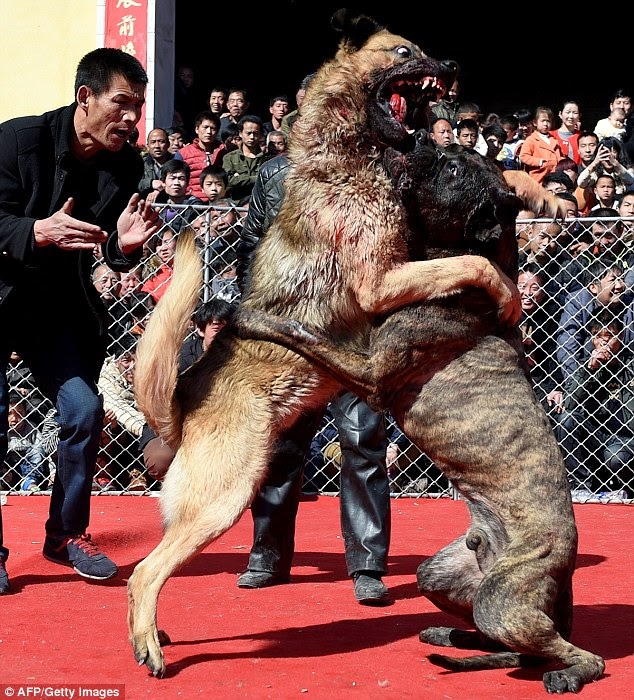 Gathered in their hundreds, spectators crowd round to watch as two dogs are forced to fight to the death in barbaric cages.

These shocking scenes from northern China drew outrage from animal rights activists in the country, who have called for a change in the law to protect the canines.

But the local villagers who organised the event have defended the dogfights as necessary 'entertainment' in an isolated part of the country.

The dogfights, which lasted over several days, were organised by six villagers in Sanjiao village in Jishan county in northern China's Shanxi province to mark the finale of the Spring Festival celebrations.

The competition was open to anyone who brought a dog along, and the winner of each bout was rewarded with a pack of cigarettes and a china mug. 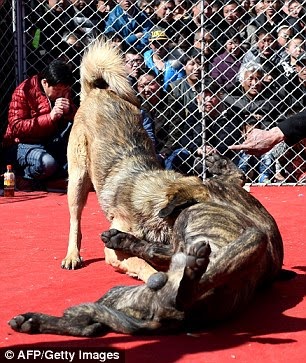 One of the organisers, Shi Pan, 45, protested that because the village was in a poor rural area, the locals had to resort to creating their own entertainment.

He said: 'People in the city criticise our dogfights but they have all sorts of money to pay for entertainments which we don't have access to. We have to organise things to entertain ourselves.'

While banned in some countries, dogfights are a common attraction in northern China which hosts more than 100 festivals each year attracting visitors from neighboring provinces and tourists alike.

Police have said the event did not breach any laws and that there have been no official complaints.
They added that some of the people who who turned up had allegedly grabbed stray dogs off the street, and claimed they were their pets. 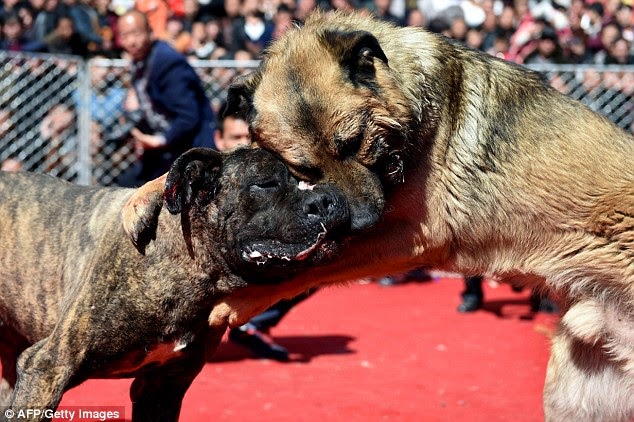