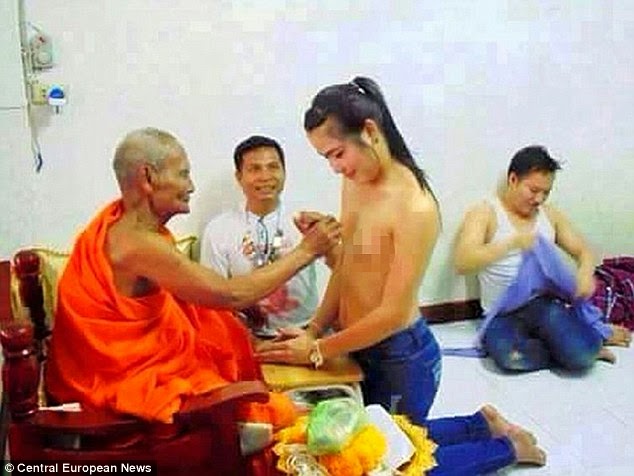 An unusual row has broken out in Thailand after a Buddhist monk was pictured fondling a topless worshipper's breasts.

The image was posted on Facebook last week and has since been viewed by hundreds of thousands of people - many of whom were angry at the celibate monk breaking a key vow.

But the woman in the photo has now come forward to say she was born a man, and therefore believes the monk is completely innocent.

She was interviewed by Thailand's Morning News, where she was quoted as saying she had undergone hormone therapy which enlarged her breasts.

She had not undergone gender reassignment surgery or received breast implants.

A person born in a woman's body would never have been able to get so close to a monk in Buddhist culture and would never dream of doing so, she told the news channel.