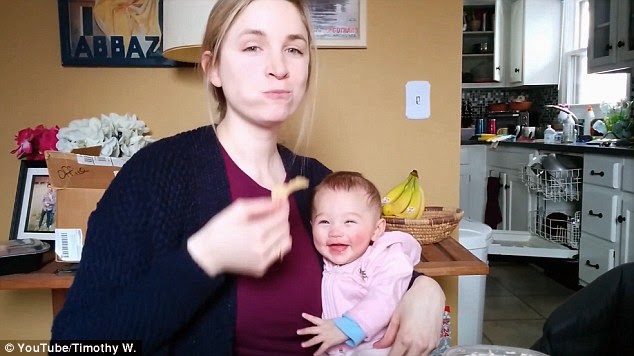 One mother has discovered an easy way to keep her daughter entertained - she just eats a packet of crisps.

A father has filmed his four-month-old baby squealing in delight every time her mother bites into a tortilla chip in a video which has already had 40,000 views since going online yesterday.

The adorable little girl watches with fascination as her mother takes a crisp and then giggles uncontrollably at the sound of the crunch as she bites on it.