Home » Dunia » English News » What Are They Doing?

What Are They Doing? 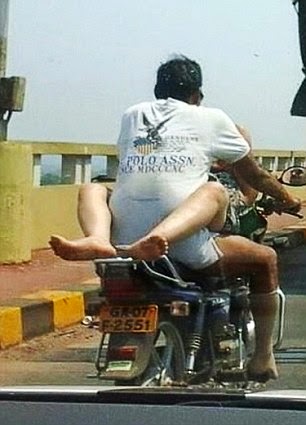 A couple were caught on camera in a rather intimate position - while riding a motorbike down a busy highway in India.

The pair were snapped as they rode down Mandovi Bridge in Goa, and police have now tracked them down after an outraged politician shared the eyebrow-raising picture of Twitter.
In the photo, the male appears to only be wearing a t-shirt and socks, while his lady friend can only be identified by her legs wrapped around him.

MP Vishnu Surya Wagh, a member of the Bharatiya Janata Party, said the picture was tantamount to a 'broad daylight sex show', although it is not clear whether the two love birds were having intercourse while travelling through Goa.

After the Facebook post received hundreds of re-posts and likes, officers traced the couple and interviewed them in a Goa police station, where they admitted it was them who had been snapped riding indecently on the motorbike along the Mandovi Bridge, a popular tourist destination.

Sharing the image, Vishnu Surya Wagh urged his followers to have their say.
He wrote: 'HAVE SEX RIDING A BIKE... NO ONE WILL STOP YOU... THIS IS GOA... 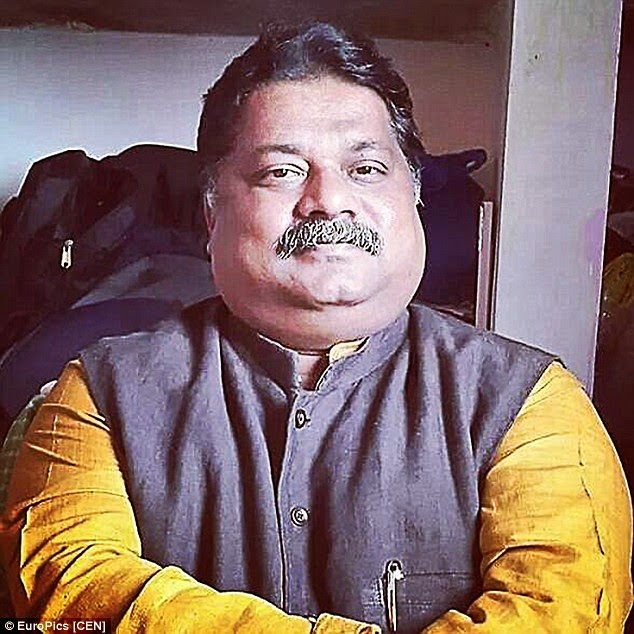 'Not a single policeman on the way to stop them.

Police tracked down the couple by firstly identifying the owner of the bike, which turned out to be a rental firm.

When contacted they passed on the details of the couple, from the Indian state of Madhya Pradseh, who had rented the vehicle.

After admitting it was them pictured, the pair were fined 1,000 Rupees - equivalent to £10 - by the police.

When asked for an interview the man pictured refused to say whether or not he had only been wearing a T-shirt and a pair of socks, as the picture appears to show.