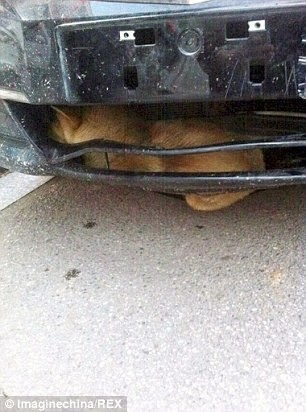 A puppy hit by a speeding car escaped the ordeal totally uninjured after miraculously becoming lodged in the vehicle's front bumper at the moment of impact.

The stray dog was struck in Fenghuang County in central China's Hunan Province as it ran out in front of a vehicle and stayed stuck for another 250miles of travel after the driver decided it would be too difficult to remove him.

However, the two are now best friends, with the driver - named only as Mr Zhang - saying it was 'fate' which brought them together, the People's Daily Online reported. 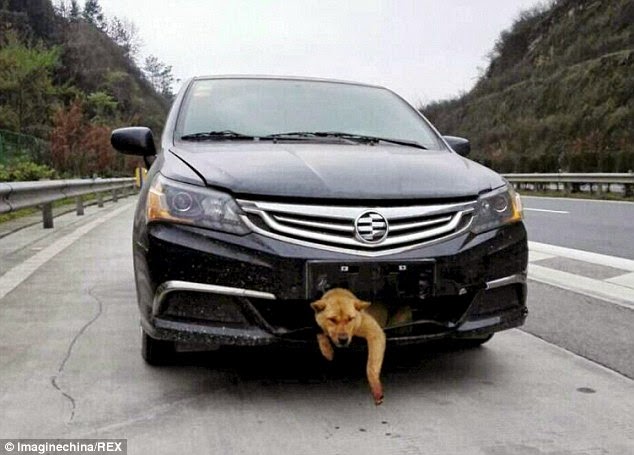 The remarkable story of survival began when the dog leaped out of some bushes and the driver had no chance of avoiding him, it was reported.

After hitting the pup, Mr Zhang was convinced he was dead but then began hearing noises coming from the front of the car which sounded suspiciously like a dog.
Artikel: Jumaat, April 03, 2015