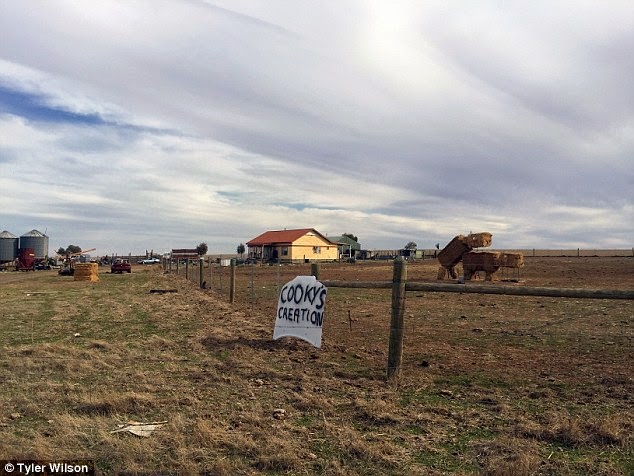 A farmer who has constructed a rather suggestive hay bale structure, which is fully exposed out the front of his property, could face pornographic charges.

The sculpture, made out of bales of compressed grass, depicts the obscene intimacy between a cow and a bull.

Bruce Cook, who owns Kaktus Point Charolais stud at Lake Charm in northwest Victoria, told Daily Mail Australia that police told him to pull down the model after they received a complaint about the offensive nature of the statue.

But he has refused to do so and further 'told the copper to p*ss off' despite police warning that Mr Cook could be charged with 'publishing pornographic images', the NT News reports.

Mr Cook, also known as 'Cooky', described his artwork as 'a bit of fun' which he put up on Good Friday.

He says many passersby have enjoyed his sculpture and even stopped to take photos.