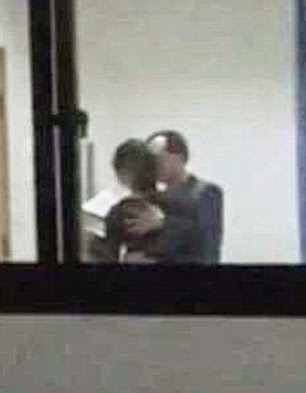 A teacher in China who was caught on camera kissing a student in his office has been fired.

Mr Xu was filmed by other students as he groped the 16-year-old girl at a school in the Yubei District of Chongqing, southwest China.

The video shows the balding and bespectacled teacher fondling and kissing the teenager by his office window as she turns her head away, seemingly trying to resist his advances.

He then grabs her round the waist and starts kissing her neck.

The shocking footage has attracted a lot of public attention and debate across China, with calls for action to be taken against the school.

The local government and the Yubei District Board of Education have both launched investigations, since the video emerged.

Its initial findings were that the video was genuine and that the teacher involved had committed a serious breach of professional conduct.