Video: Egg Within An Egg 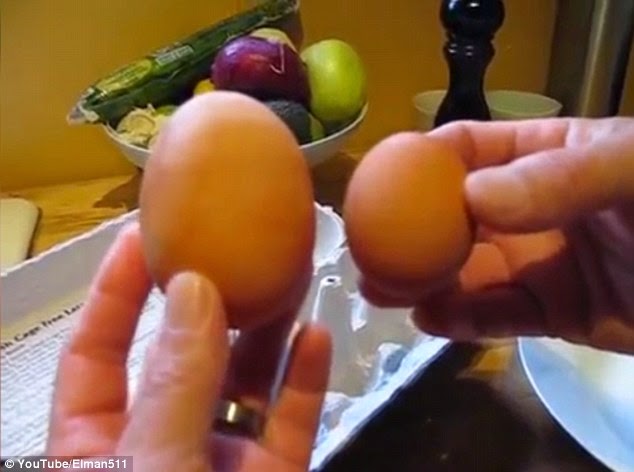 A video showing a man cracking a giant egg to reveal another fully formed egg inside, may be enough to scramble your brain.

YouTube user Elman511 cracked open the over-sized egg that was laid by one of his hens, exclaiming: ‘The big egg has another normal egg in it!’

While the instance is extremely rare, it’s caused when the hen is in the process of forming an egg in her oviduct and another oocyte – the ovum or egg cell that becomes the yolk of the egg – is released too soon.

In the video, Elman511 cracks the egg, which is double the size of a normal one, to find a standard-sized egg inside, along with yolk and white.

He then cracks the smaller egg, which also has a yolk and white inside.