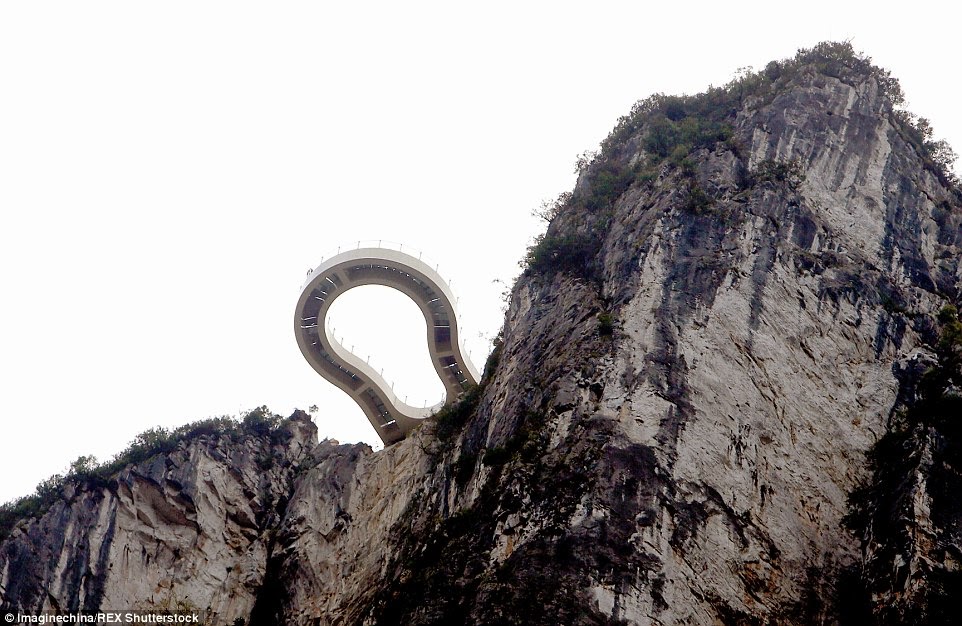 Daredevil tourists have a new place to get their kicks after one of the world’s most thrilling – or terrifying – attractions officially opened in China this week.

The horseshoe-shaped glass walkway in Chongqing extends 87.5ft from the edge of a cliff, allowing visitors to feel as though they are walking on air with the valley floor 2,350ft below their feet.

With jaw-dropping panoramic views from its observation deck, it is the longest cantilever bridge in the world, beating Arizona’s Grand Canyon Skywalk by 16.4ft.

Located in the Longgang National Geological Park in south-west China, the bridge has been named Yuanduan, meaning ‘at the end of the clouds’.

It can accommodate up to 200 visitors at once, with each one paying an admission fee of 60 Chinese yuan (approximately £6.30 or $9.60) to spend 30 minutes on the see-through floor. 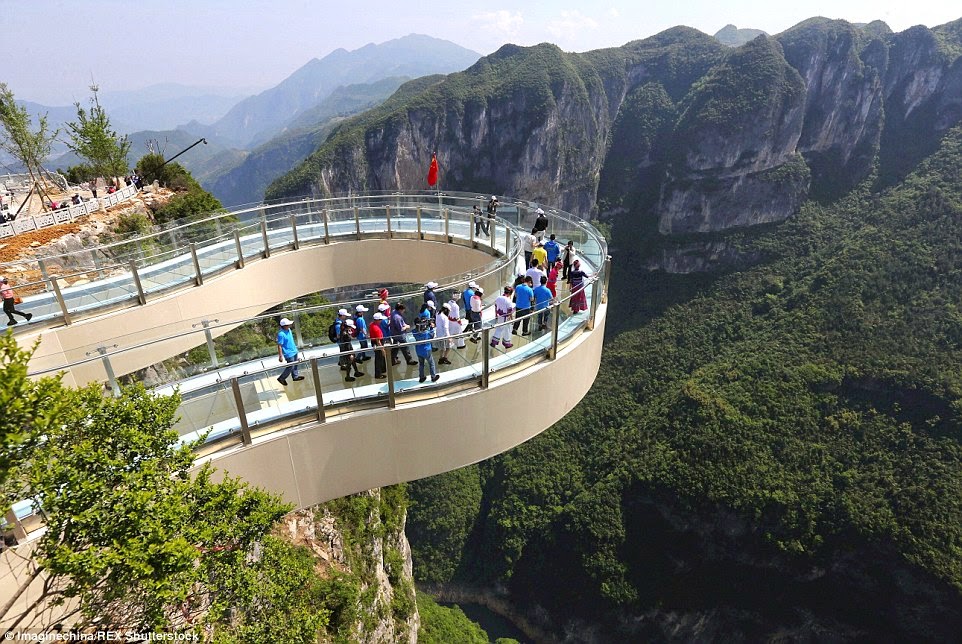 Chinese media said the £3.7million ($5.6million) bridge opened ahead of schedule after construction began in March 2014.

While it may have fallen to No 2 in the world, the Grand Canyon Skywalk is still one of the world’s most thrilling experiences.

The transparent horseshoe-shaped cantilever bridge – which opened in 2007 on land belonging to the Hualapai Indian tribe – is nearly 4,000ft above the floor of the Grand Canyon.