Journey To Most Dangerous Village In China 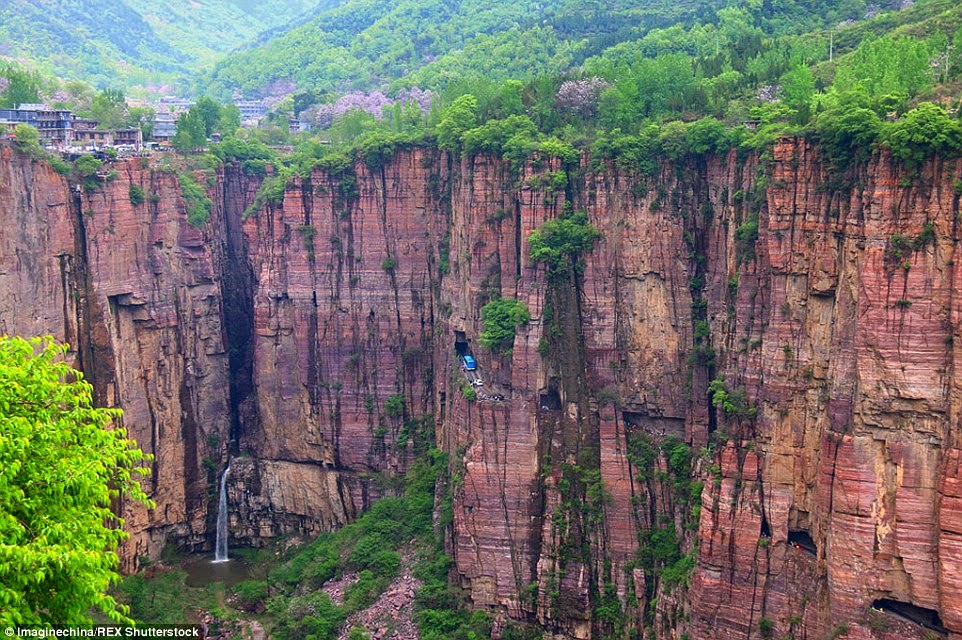 The May Day holiday weekend saw hundreds of people navigate the road, which was carved out of cliffs in the 1970s and leads to what has been dubbed 'China's most dangerous village'.

Perched on a 200m rock cliff and situated 1,700 metres above the ground, the village, called Guo Liang Cun, was connected with the outside world only by rock stairs prior to the tunnel being carved, the People's Daily Online reported.

The corridor is carved out of canyons that are 119 metres high and is located in Henan Province in central China. Named the 'Cliff Corridor', the vital traffic channel is 1,250 metres long, five metres wide and four metres tall. 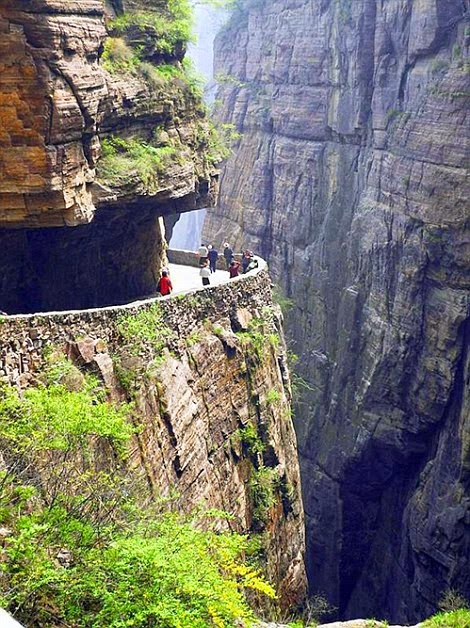 It has 35 'windows' that were originally created to dispose of rock debris and to let in light and air, but these are now used as viewing posts for tourists.

Since it opened in 1972, it is known locally as the '13 Heroes' of Guo Liang Cun, as it was carved by 13 young men and villagers - taking five years to complete - with the hope of connecting with the outside world. 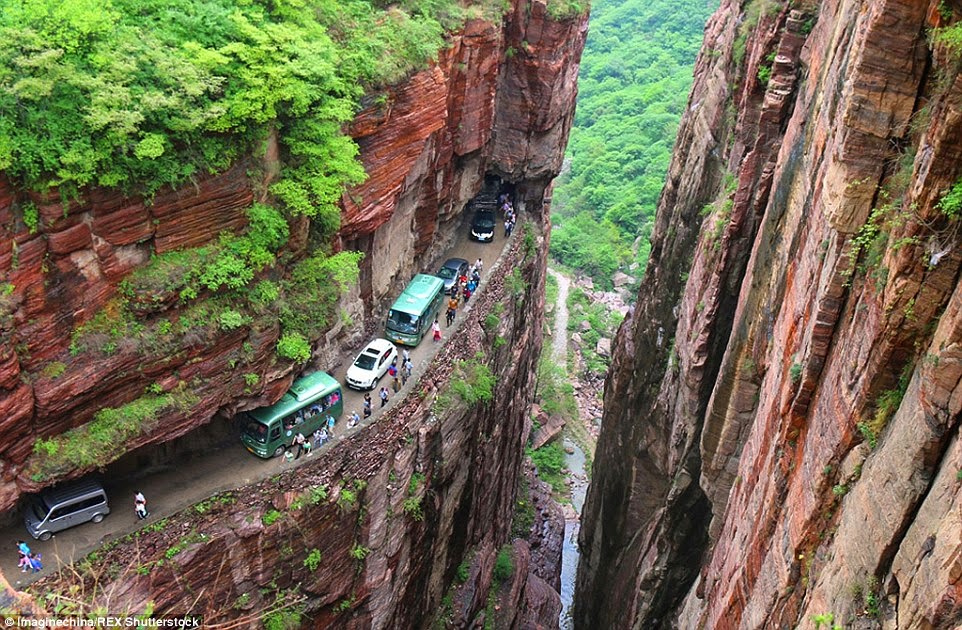 Guo Liang Cun is situated on steep mountain cliffs with stunning views and is famous for the road leading up to it.

As one of the most secluded communities in China, the village is reported to have 83 families with a total population of 329.
Artikel: Khamis, Mei 07, 2015