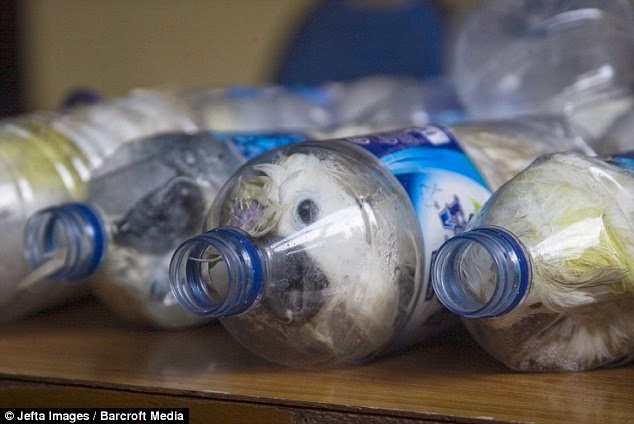 More than 24 critically endangered cockatoos were rescued by police after being found stuffed in water bottles for illegal trade.

Smugglers crammed the Yellow-crested cockatoos into empty bottles so they could get through customs at Port of Tanjung Perak in Surabaya, Indonesia.

But Indonesian Police discovered the birds, which can be sold for as much as £650 each, and cut them free so they could receive medical attention.

The Yellow-crested cockatoo was listed as a critically endangered species by the International Union for the Conservation of Nature and Natural Resources in 2007. 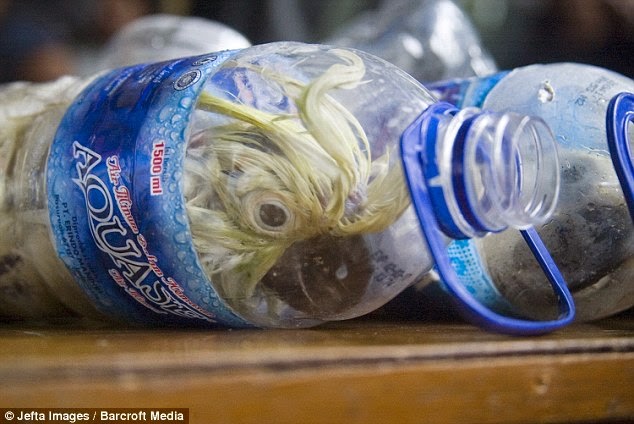 Most parrots are prohibited from international commercial trade unless they are captive bred or permitted by the exporting country.

Yellow-crested cockatoos also breed very slowly and lay eggs only once a year. They can produce only two eggs at a time.

Illegal trapping continues in many areas including Rawa Aopa Watumohai National Park, Buton and Kadatua Islands, but has reportedly been reduced significantly on Sumba.

Large-scale logging and conversion of forest to agriculture across its range has exacerbated the decline, and the use of pesticides is a further potential threat. 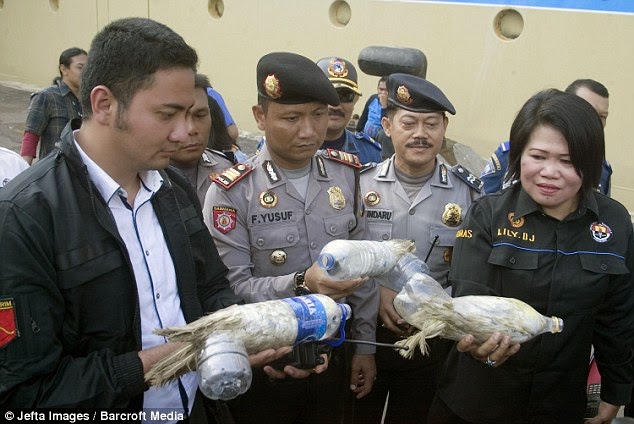 The white birds can range in size from 12 inch to about 27inch in length and present a beautiful yellow crest.

They are found in wooded and cultivated areas of East Timor and Indonesia's islands of Sulawesi and the Lesser Sundas.