This is the shocking moment a Chinese road rage driver dragged a young woman out of her car and gave her a savage beating – and claimed it was because she had scared his wife and child.

Lee Pan, 37, pursued Lu Yang, 28, for several miles after claiming she had cut him off on a motorway and frightened his family. 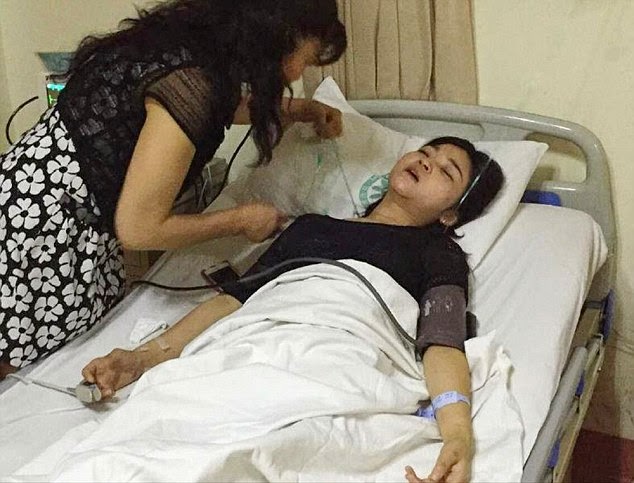 After forcing her to the side of the road in Chengdu, in southwest China's Sichuan Province, he then pulled her out of her car and is seen repeatedly kicking her.