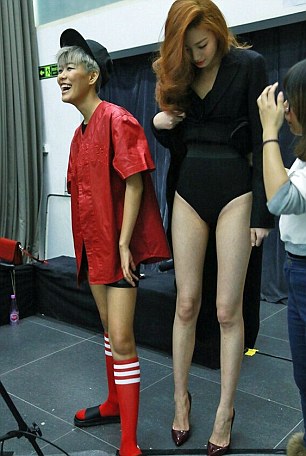 A 20-year-old model has become an internet star across China for her scarily long legs.

Dong Lei's incredible pins measure 45 inches long - the equivalent to the height of an average seven-year-old girl in China.

The stunning 5ft 11in model from Anhui province, east China, who used to be a trainee teacher, puts her long legs down to her tall parents.

One fan even wrote in advising her to insure her legs after seeing photographs of the model online.

When the leggy beauty was 16 years old, she was already 5 ft 9in and her mother sent her to etiquette classes because she was worried about her posture.

Ms Dong said that she gets her height from her 6ft 1in father and 5ft 7in mother. 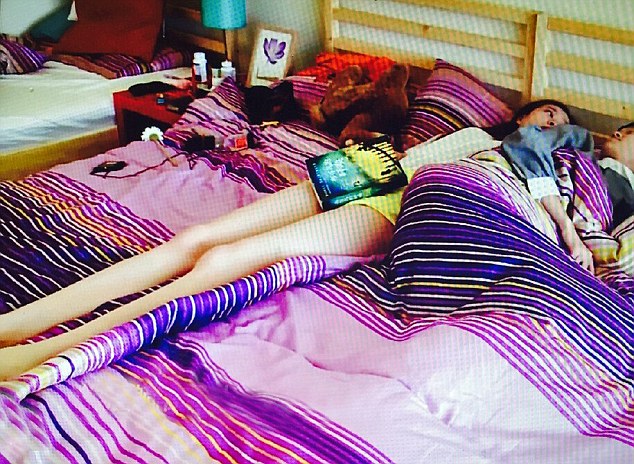 Her parents encouraged her to train as a teacher at university, but after graduating she decided to enter a modelling competition in Beijing and was later signed by a modelling agency.

She gained fame across China after entering 'Supermodel' and has earned herself the nickname 'tui tui', meaning long legs.

She said: 'I find it incredible that I have suddenly become an internet celebrity!'

'I really enjoy my life and work at this moment, I fly around a lot and my work is also partly like a holiday. I will work hard to succeed going forward and hope for the best.'