Home » Dunia » He Is My Little Real Life Pinocchio

He Is My Little Real Life Pinocchio 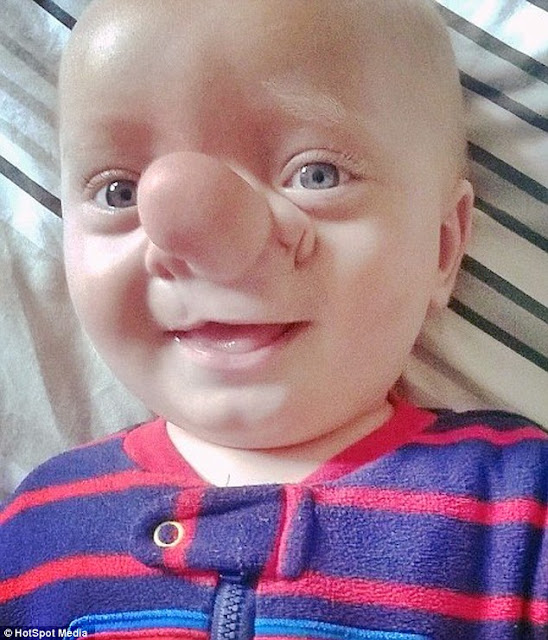 A toddler whose brain grew inside his nose has been described as the 'real-life Pinocchio' by his proud mother.

Ollie Trezise, from Maesteg, Wales, was born with a rare condition which caused his brain to grow through a crack in his skull into his nose.

The 21-month-old has been forced to undergo several painful operations to help him to breathe and close the gap in his skull.

But his mother, Amy Poole, 22, said the brave youngster has been bombarded with cruel comments from strangers. 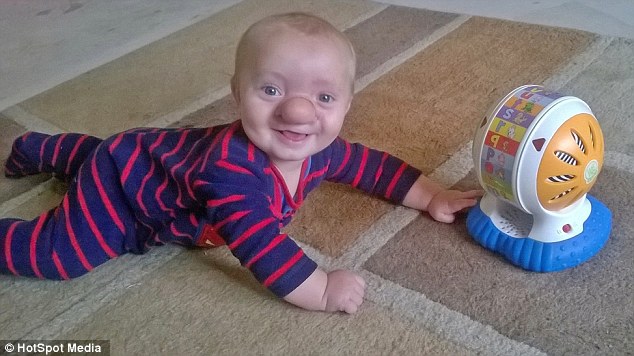 One even said he 'should never have been born' while other taunted him, calling him 'ugly.'

'Once, a woman told me I should never have given birth to him. I nearly burst into tears.

'To me, Ollie is perfect. He is my little real-life Pinocchio and I couldn't be prouder of him.