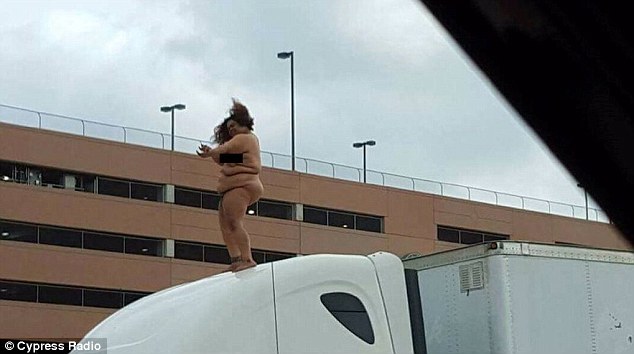 A woman brought traffic to a standstill on a Houston highway by dancing on the roof of a big rig, naked.

The unidentified driver climbed on top of the vehicle after crashing into another car on Highway 290.

Police were called to the scene after witnesses said a pedestrian had been hit by a car.

When they arrived they saw the woman undress before clambering onto the truck.

She was taken into custody after rescue crews managed to handcuff her and bring her down. 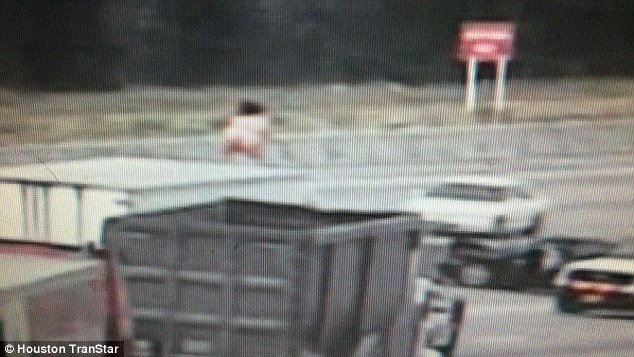 Aerial footage showed the woman sitting, dancing and standing at various times on top of the big rig's cab.

Firefighters moved a truck with an aerial tower next to the big rig try to talk to the woman.

She was then seen spitting on at least one official who was standing on the truck's platform.

It is not known what vehicle she was driving and why she got onto the big rig.

Authorities said she wasn't hurt when she was taken into custody.

An officer at the scene said she was talking throughout the ordeal but wasn't making any sense.