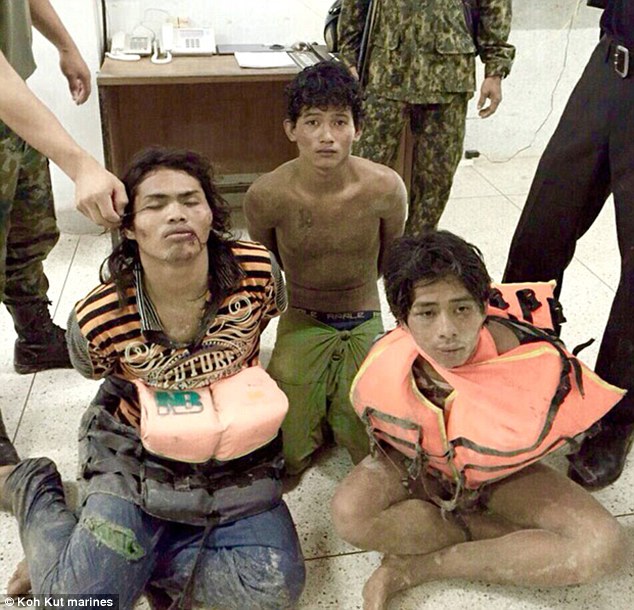 Two French tourists have been raped at knifepoint by a group of Cambodian fishermen who swam ashore on a Thai paradise island and attacked them on the beach.

The two men were injured in the assault but managed to escape and raise the alarm, and the five Cambodian men were caught while trying to escape.

The five attackers have confessed to assaulting the group of French tourists, and raping the two women on the tourist island, famed for its untamed jungle and pristine beaches.

Investigators said the attackers swam from their fishing boat to assault the group and raped the women at knifepoint.

Cambodia's Foreign Affairs Ministry said in a statement that the five fishermen confessed to Eat Sophea, Cambodian Ambassador to Thailand, that they raped and assaulted the tourists.

'During the interview with the Cambodian ambassador the five fishermen confessed to have really been involved in the cases of rape and assault,' the ministry said in a statement.
'It happened while the five fishermen were in a drunk state.'