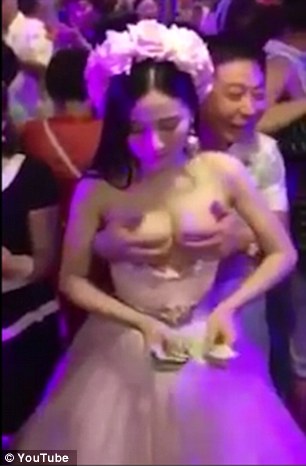 Bizarre footage has emerged of a Chinese newlywed allowing guests to molest her during the ceremony - apparently to raise money for her honeymoon.

Video said to have been captured in northern China shows male revellers lining up and paying to grope the 'bride' during the wedding festivities. The funds collected were reportedly then used to pay for the happy couple's honeymoon.

However, the identity of the woman is not yet known and some of those who viewed the video online suggested she was in fancy dress and that the footage was taken in a Thai cabaret night club filled with Chinese tourists.